On one beautiful April morning, I had the pleasure of photographing Angela and Jack's magnificent wedding at Maxwell Hall - Pollokshields Burgh hall.

Pollokshield Burgh Hall (Maxell Hall) was designed by Henry Edward Clifford in Scottish Baronial style and built of deep red sandstone from Ballochmyle Estate in Ayrshire. Thanks to which it has it’s own original look.

The building was initially used as a Masonic meeting place for a Masonic Lodge. The venue today is a very recognizable venue in Glasgow for weddings. In 2011, the wedding of the brother of actress Keira Knightley took place.

Preparations of the bride

I arrived in the morning when the bride's preparations began. Next to the Maxwell House, there is a local, wonderful, atmospheric house where the bride spends her night.

Behind the local building there is a beautiful garden with lots of beautiful flowers. I decided to use the place to photograph the dress and details.

Beautiful light, beautiful flowers. There was spring and a wedding atmosphere in the air.

As a wedding photographer, I have to live up to the expectations of my clients. It is quite common for a bride and groom to have two separate preparation areas. This was the case with Angela and Jack.

Jack's preparations were at his parents' house. 20 minutes from Pollokshields Burgh Hall. Each of my clients is informed that he travels by car and it is not a problem for me.

Time for the ceremony. The beautiful interior of the hall and the light shining through the stained, glass windows made the room filled with guests was beautifully illuminated. The atmosphere in this place was amazing. And there were emotions on the faces of the young couple and their parents.

The rest of the day passed in a calm joyful atmosphere. I, on the other hand, waited for the golden hour. It is a very important time for me, because an hour before sunset, the light gives an amazing atmosphere and color to the photo.

Therefore, during the golden hour, we went with Angela and Jack for a 30-minute photo session to a nearby park and garden. A smile never left their faces.

So, if you have reached this place, I would like to invite you to watch a photo report from Pollokshields Burgh hall. Thank you 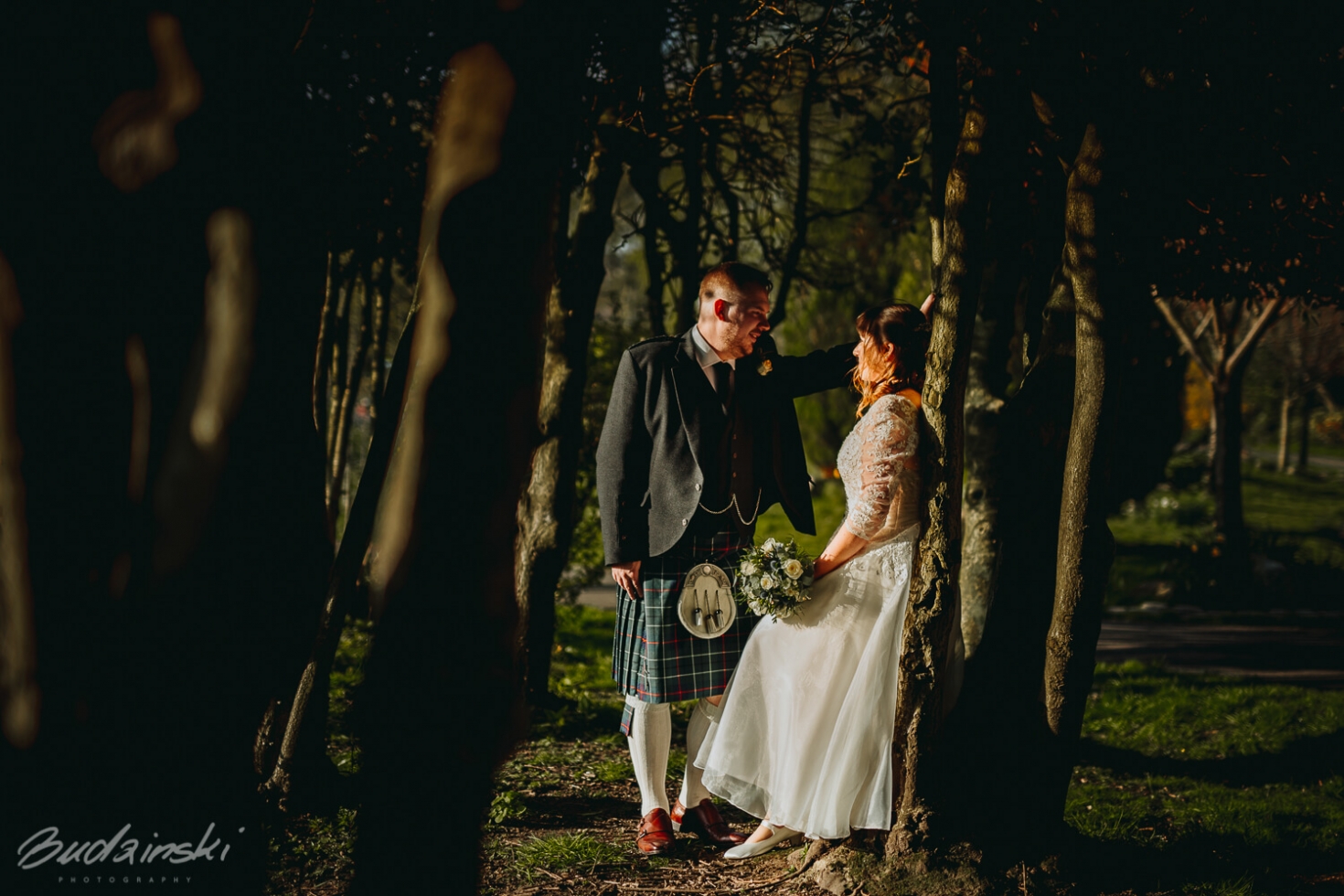 Our website uses cookies (so-called Cookies) as part of statistical, supported and functional. Thanks to them, we can individually adapt the site to yours needs. Everyone can accept cookies or have the option included in their content so that no information should be collected